In the 1980s, photographer and author Roland Hagenberg portrayed New York's artistic world with his camera. He met Andy Warhol, Keith Haring, Jenny Holzer, Jeff Koons, Francesco Clemente and many others. But he never got as close to anyone as he did to Jean-Michel Basquiat, who he photographed in his studio on Crosby Street in Soho in the summer of 1983. Basquiat seems to be completely with himself in these shots, as if he were unaware of the camera -- concentrated, pensive, melancholy, absorbed in painting. He died a few years later at the age of 28.Roland Hagenberg's impressive portraits have significantly influenced our image of Basquiat. His photographs have been printed worldwide in many monographs as well as in catalogs and renowned art magazines, and have been shown in numerous exhibitions, including the major Basquiat retrospective at London's Barbican, Frankfurt's Schirn, the Mori Museum Tokyo, and currently at the Museum of Modern Art Montreal.

Roland Hagenberg, born 1955 in Austria, is a photographer, writer and filmmaker. After his training as a nurse in psychiatry, he began writing and photographing for numerous German publications. In the 1970s, he founded the literary magazine "Die Klinge." He left Vienna in 1979 and moved to Berlin, where he stayed for four years. Divided Berlin inspired Roland Hagenberg in documenting the life and artistic scene around him. In the early 1980s he came to New York, where he met a then 23-year-old artist who was already a star in the art world - Jean-Michel Basquiat. In his studio on Crosby Street, he created a series of photographs of Basquiat at work, probably the only ones showing the artist painting. Roland Hagenberg also portrayed artists in New York like Jenny Holzer, Louise Bourgeois, Annie Leibovitz, Andy Warhol, Robert Mapplethorpe, Julian Schnabel and Francesco Clemente and worked on book projects with now iconic artists like Karel Appel, Martin Kippenberger and Keith Haring.Twenty years ago, Roland Hagenberg moved to Japan, where his interest in contemporary architecture began and where he lives now. Since 2010, he has been working with Japanese architects-including Pritzker Prize winners Kazuyo Sejima, Ryue Nishizawa, and Toyo Ito-to create experimental micro-houses in Raiding, the birthplace of Austrian composer Franz Liszt. For his "Storkhouse" (designed by Terunobu Fujimori), Roland Hagenberg was awarded the Austrian Tourism Innovation Prize in 2014. For the open-air museum "STOA 169" in Polling near Munich, he designed a 4-meter-high column together with Japanese artist Makoto Azuma. A new production of his play "Jetlag" ( premiere at the Rationaltheater Munich 2018) is planned for 2023 in Basel. The constant change between word and image, print and film media is at the center of Roland Hagenberg's work.

In New York, I immediately felt that rhythm. The clatter of the subway, the grid of the streets, the facades of the skyscrapers, how people move through the city, the rhythmic beats of music everywhere. In an experimental way with photography, this results in multi-layered images that capture this rhythm and as one find a dynamic movement in balance. A tribute to Piet Mondrian's 'Broadway Boogy Woogy', transferred to the 21st century, to a world of pixels and QR codes, the information overload and multimedia experiences. From a distance, it's an interesting pattern. Once you get closer, you discover the details. This is New York, diverse, dynamic, full of energy.

Erika Anna Schumacher is a photographer and internationally active artist from Düsseldorf. Her work is in private collections in Germany, France, Norway, Singapore and the USA.

The focus of her work is the diverse life in big cities and the invisible beauty of daily life. This takes her out of her studio and onto the streets of Moscow, Paris, Mombasa, Miami and New York. Influenced by the sensuality of painting and the scenery of film, she uses her camera to document images of the city that reflect her inner images.Going beyond photography as direct depiction, Erika Anna Schumacher develops visual meta-levels using experimental and conceptual methods. Through digital as well as analog processing of the photographic material, she transforms the everyday and shows a multi-layered interpretation of reality. This enables new perspectives on our present beyond conventional patterns of thought and perception.

Erika Anna Schumacher studied photography/painting and interdisciplinary work at the HBK/fadbk in Essen. She is a master student of Wolfgang Hambrecht and Bernard Lokai and passed her exams with distinction in 2010. During an artist residency at the Multimedia Art Museum Moscow she created several series such as "Anonymous Sculptures", "Real/Surreal" and "Portrait&Architecture on Susan Sontag", which were presented in the final exhibition. In Paris, she developed the series "Paris Fragments" and "Paris Bags." During several stays in Miami she realized the photo projects "Miami lost&found", "Backstreets Miami" and "Miami Night/Urban Cinema".

For the series "Miami Night/Urban Cinema" she was awarded the international LensCulture Street Photography Award. This was followed by further publications of award winning photographs after competitions in "The Washington Post", "edge of humanity magazine", Inoventa Awards MAGAZINE", "Digital Camera" and more. From the exhibition in New York in May 2022 and the subsequent working stay, the ideas and photographs for her current works "New York Rhythm" were born. 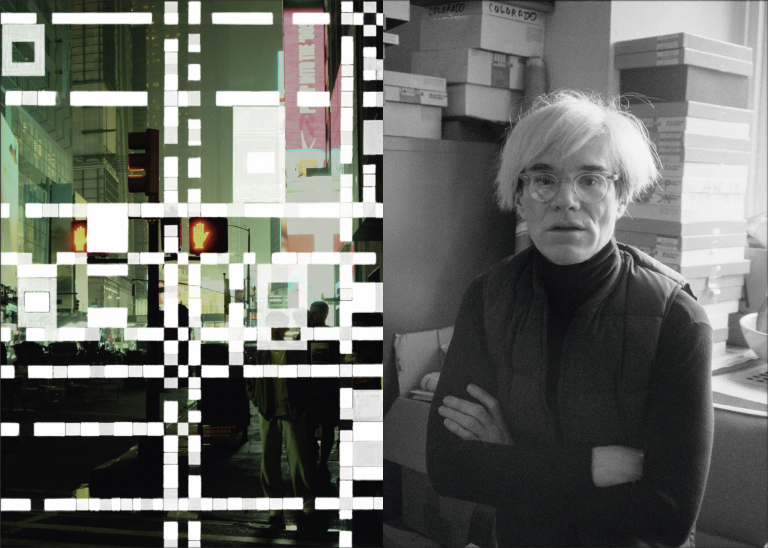 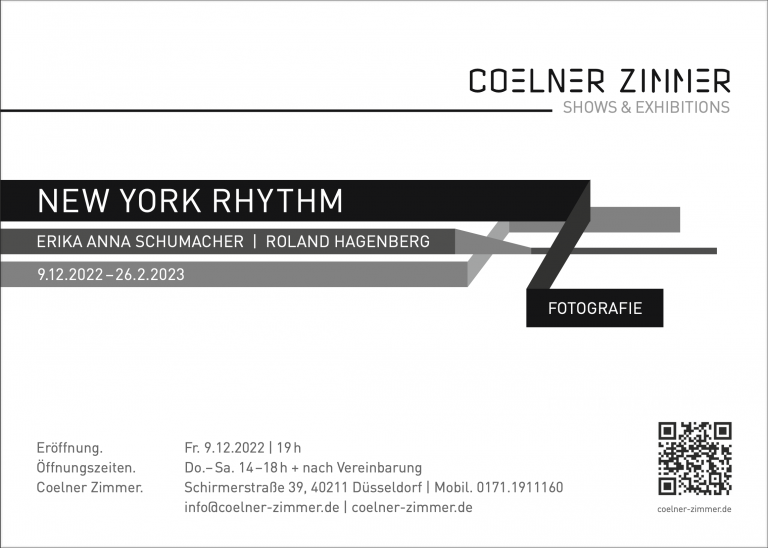