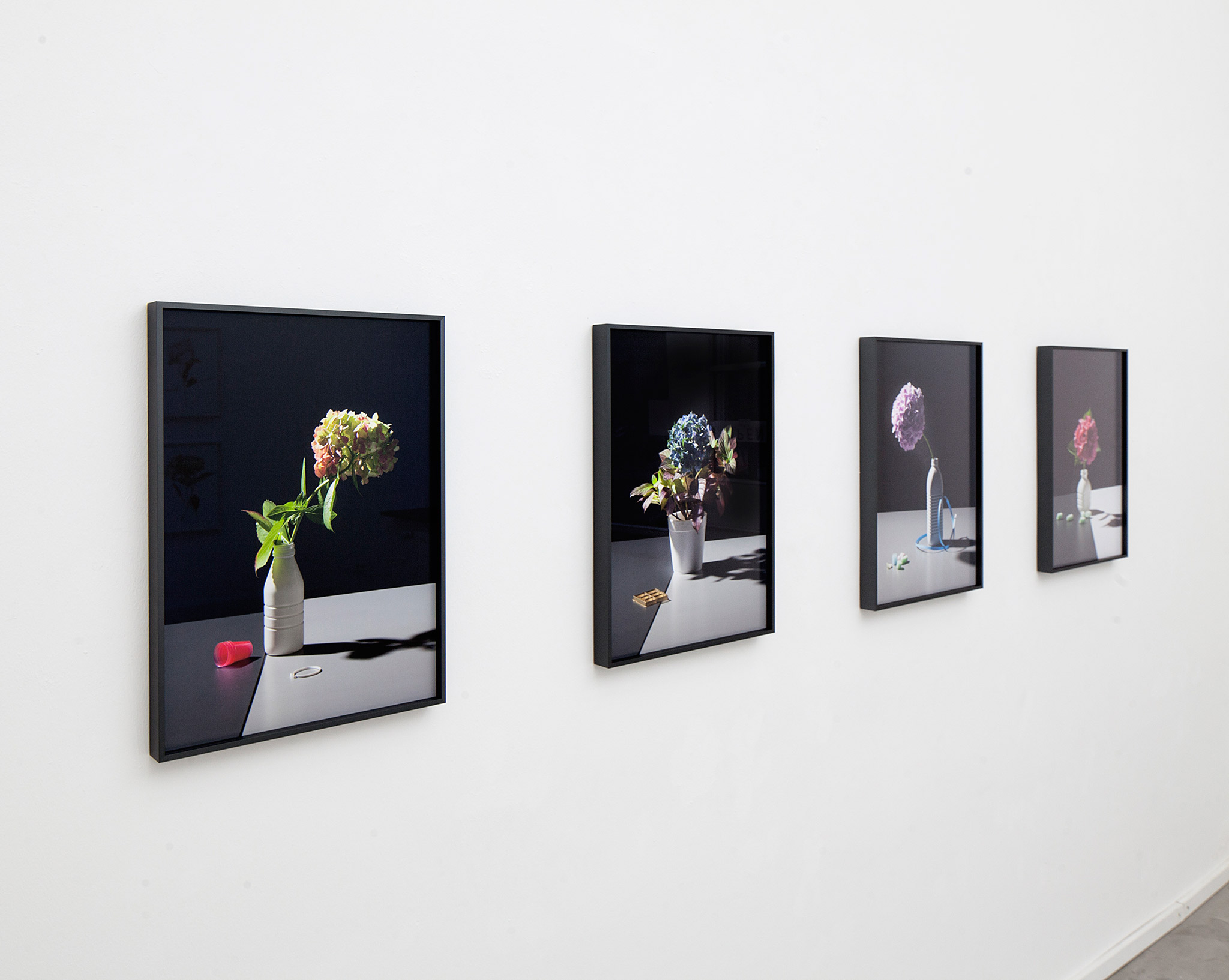 Based on his photographic diploma thesis "still under construction" (Folkwang UdK, 2004), Felix Dobbert has been dealing with the genre of still life for several years.

„In contrast to the models of classical still life paintings, in which the objects depicted - food, tableware, flowers, fruit, etc. - allowed conclusions to be drawn about social status, social customs, and even religious observances, the objects in Dobbert's work appear to be merely a means to an end. The focus of artistic interest is the question of the relationship between object and space, which is explored in mathematically seeming compositions. The relationship of the objects to each other is just as significant as the relationship of the ensemble to the space."1

"The objects he groups and photographs do not deny their mundane origins. The provoked tension arises less from the exaggeration of the individual objects than from their positioning in the deliberately limited space and the irritation caused by reflections or superimpositions."2

In his series "Some Flowers" of 2014 Felix Dobbert devotes himself for the first time to flowers, a thoroughly traditional pictorial motif of the still life genre. However, here the flower is inserted like an artificial object into a minimalist set of plastic products. The whole arrangement represents a strict composition whose graphic spatiality is an integral part of it.

With "Random Flowers" (2016) the artist once again takes up hydrangeas as a still life object. This time, however, they become extremely dynamic, seem to jump and pirouette. The additive, as well as subtractive deformations, which emerge disturbingly, arise at the moment of the photograph and were not added afterwards. Surprisingly, these breaks do not lead to a rupture of the aesthetic, but only make it more exciting. 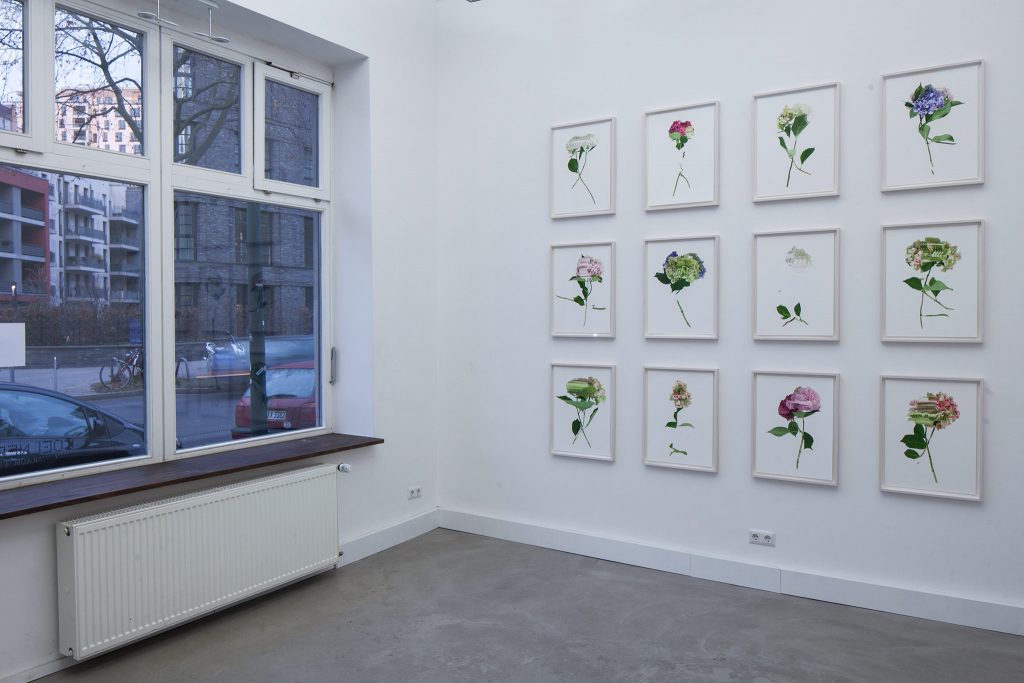 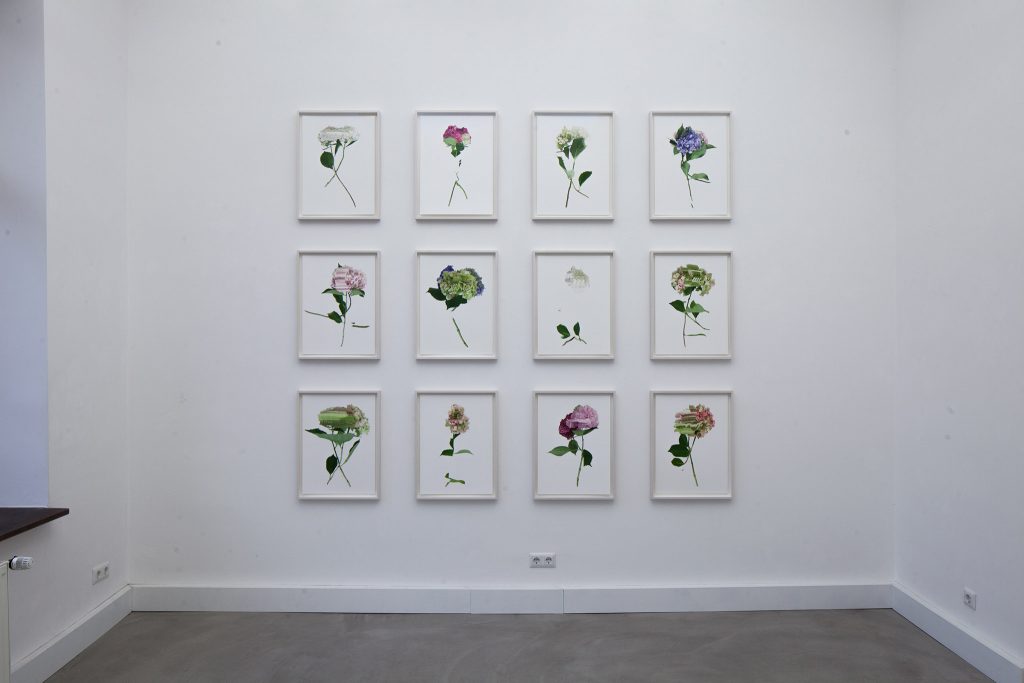 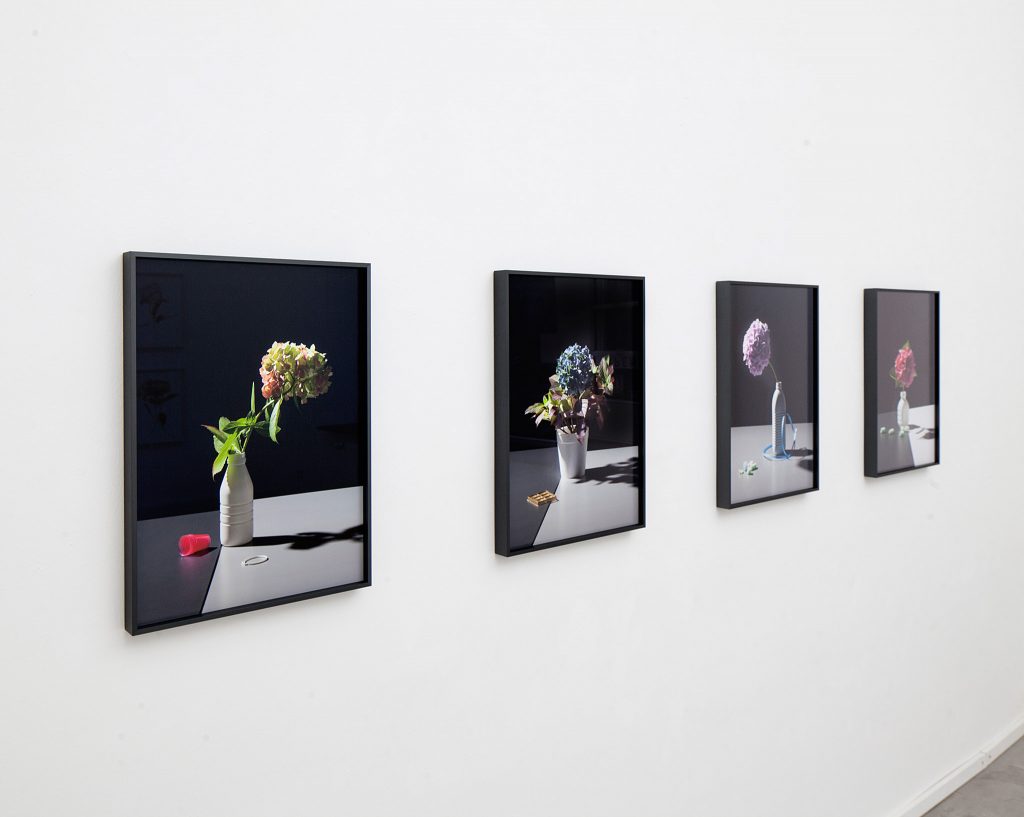 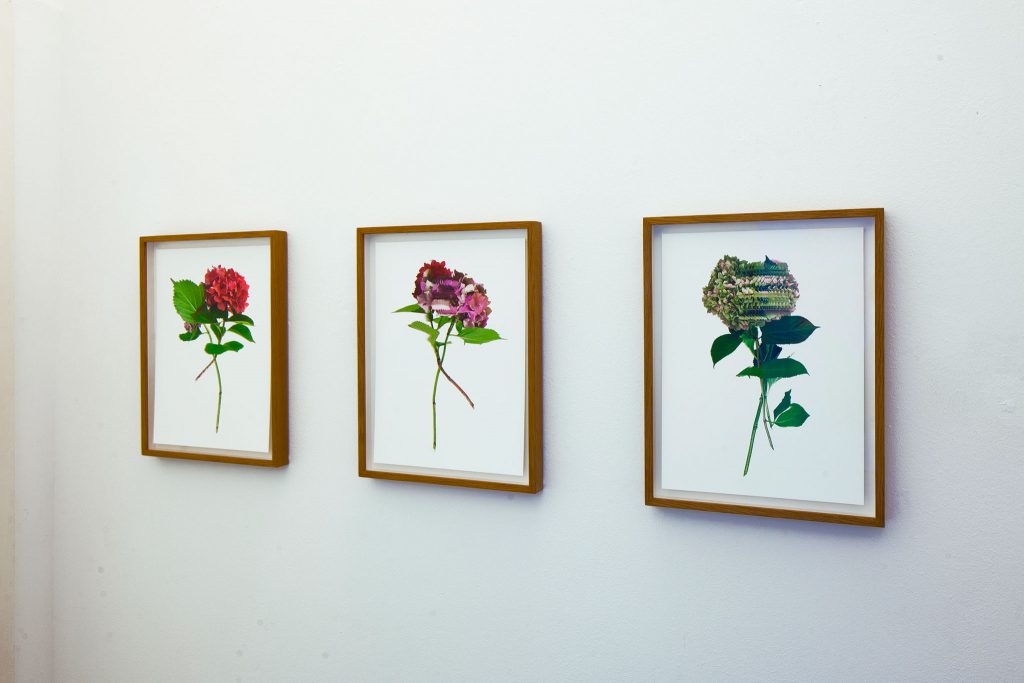 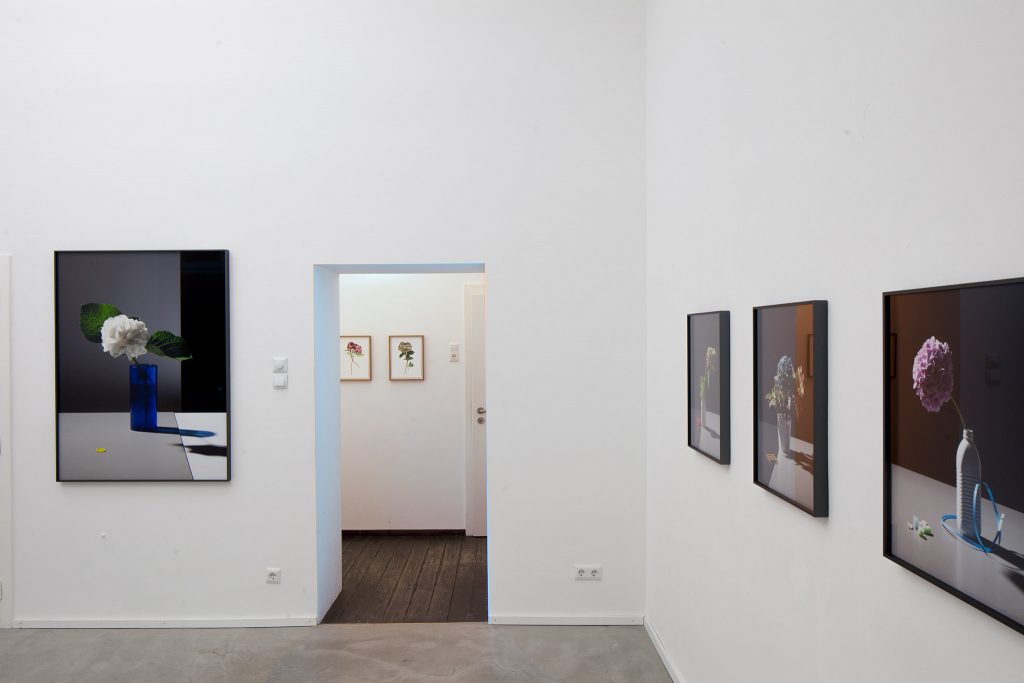 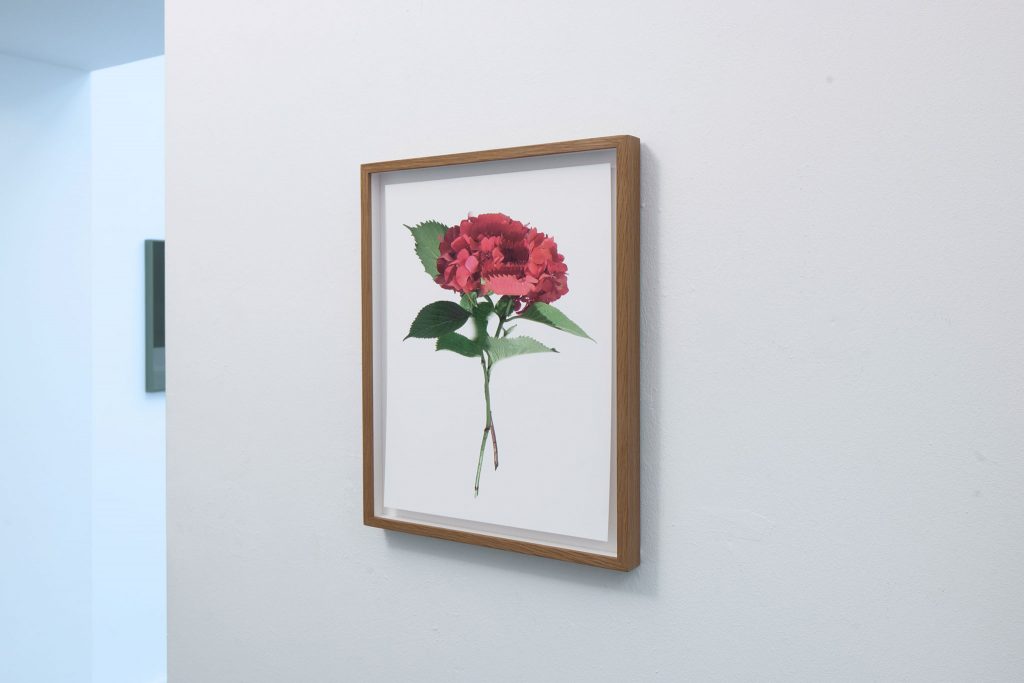 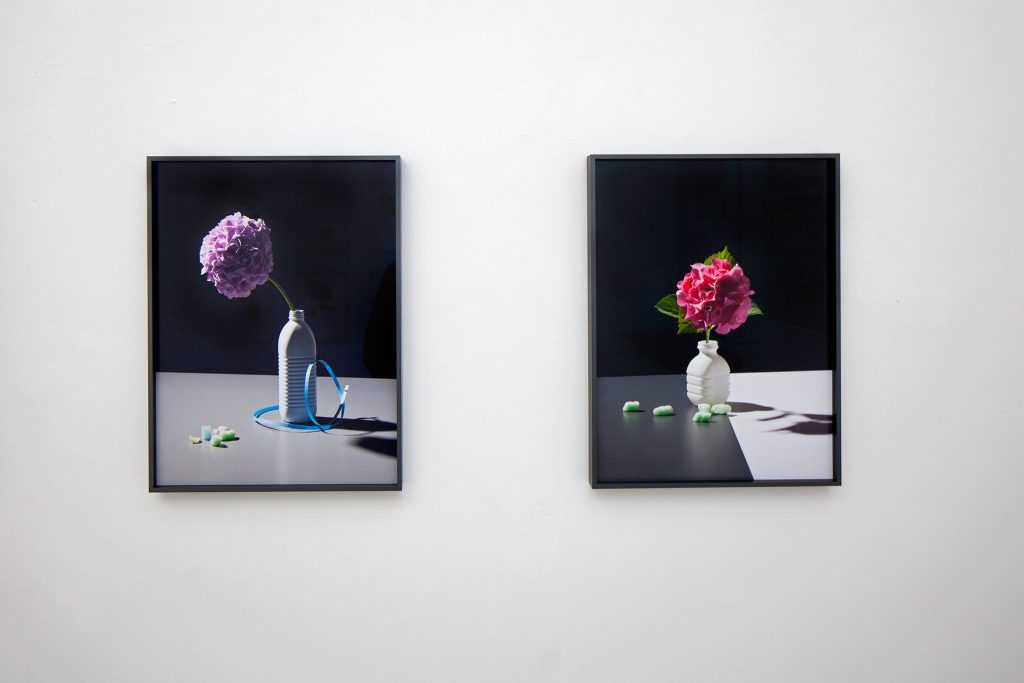 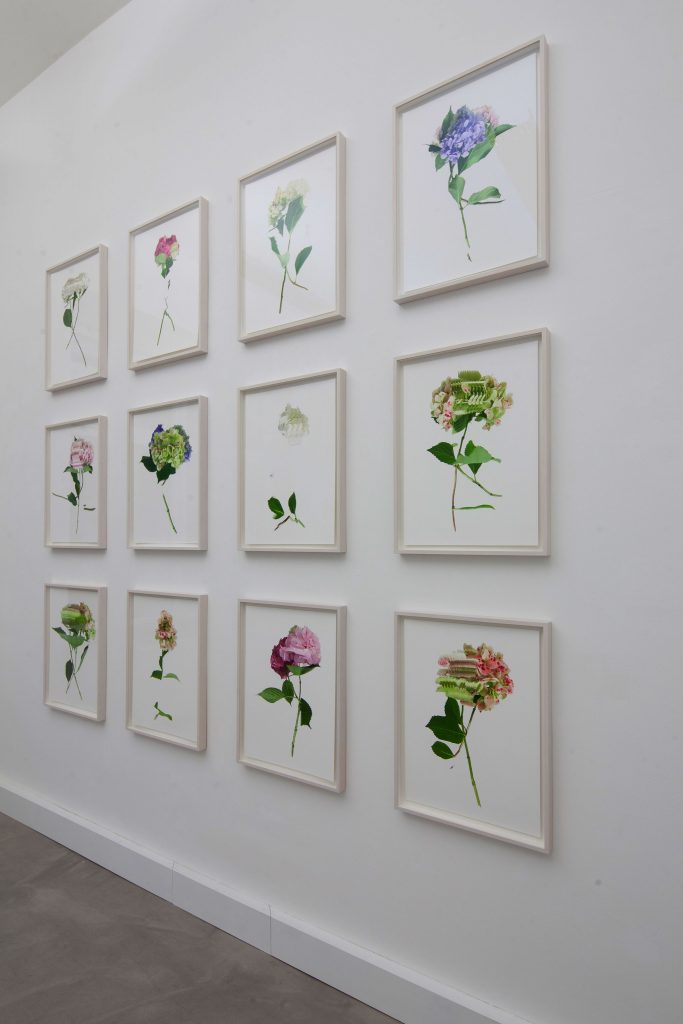 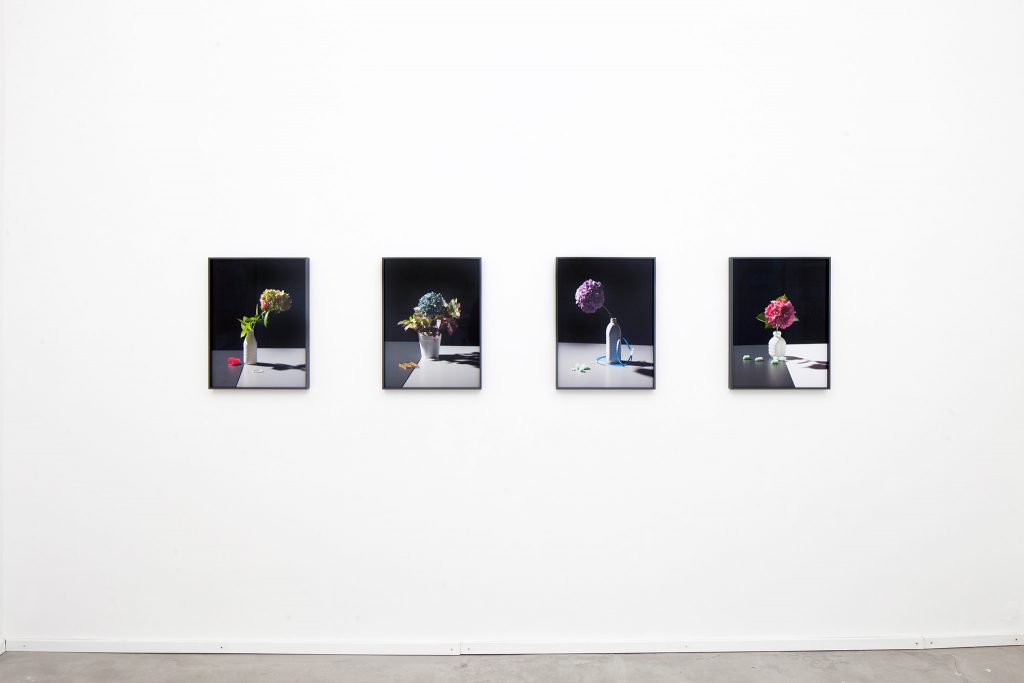